2016
The first steps
The joint exploration started in June 2016. 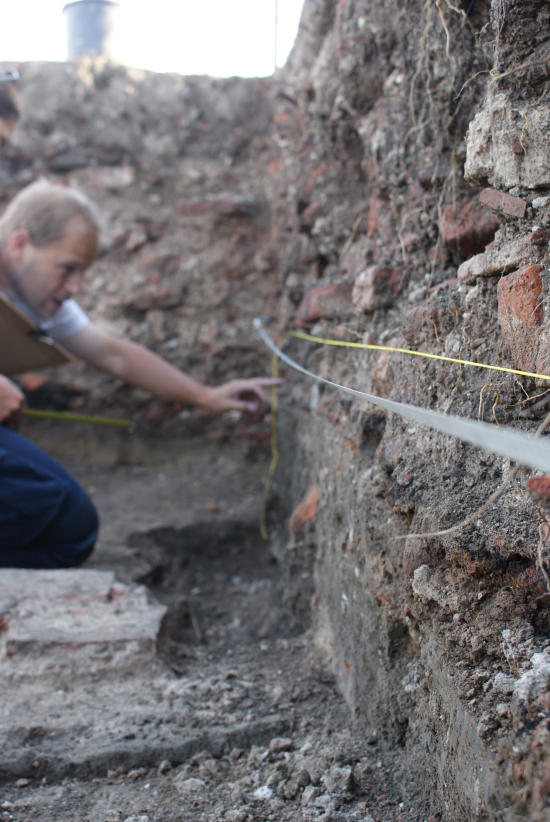 The joint exploration started in June 2016. At that time, a group of Hungarian and Romanian archaeologists opened several small (5 x 5 meter) research sections inside the former church. Their aim was to find the intersection of the main ship and the cross-house, where it was once the place of royal burials. The remaining foundation of the monastery was in a better shape than it was expected. At the foundation of the 2 m thick southern masonry, the researchers managed to observe the formation of one wall. It is an encouraging result that the found wall section were well traceable, not interrupted, ie the former buildings were not demolished in the 19th century. Archaeologists have also found the floor level of the temple. Under the floor more than 50 late medieval tombs and a mongol invasion mass grave which was filled with construction debris and human remains were discovered. However, the exploration of this part faced many difficulties: the proximity of the river Maros was associated with a high level of groundwater, so the research progressed only slowly. 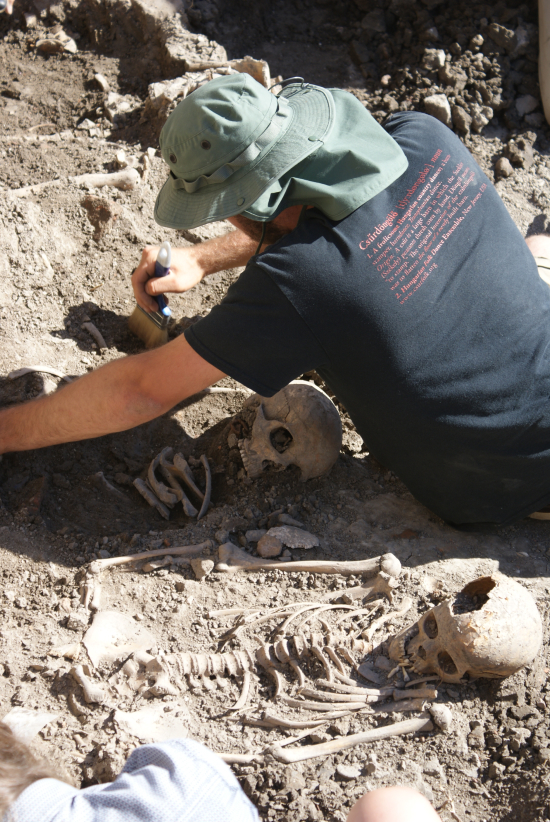 In 2017, the full exploration of the mass grave continued.